Basenjis are unusual in that they generally only season once a year. Normally puppies are born in the winter months so timing is location dependent. Southern hemisphere puppies are normally born in June and July. Whereas puppies in the northern hemisphere generally arrive in December and January. Puppies born outside this months are possible but are certainly less common.

One of the Clubs annual events is our Basenji Birthday Bash. We have a combined ‘mass birthday party’ for all our Basenjis. We specially acknowledge our old timers. These Basenjis, who are celebrating 12 years and older this year, have this special place on our website for their wonderful achievement. Our oldies are listed in age order, as best we know from available birth dates, oldest to youngest – the age listed is what they will attain at their birthday this year. 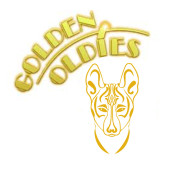 Rafiki | Am Ch Livin’ On The Edge Of Bedlam 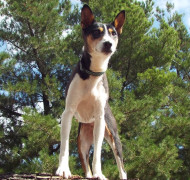 One of Meja’s favourite pass times is opening doors (who knows why – aside the fridge). She will readily open; the fridge, unlocked baby gate, and to get back into the house (yes in!) she will open the screen door (if it’s ajar – is she could reach the door handle I am sure she would use it!). 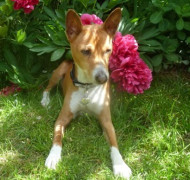 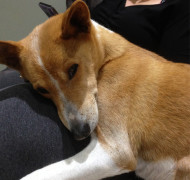 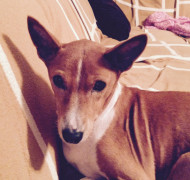 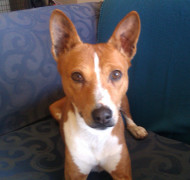 Eve | Pukkanut All About Eve 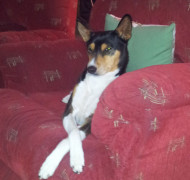