Our annual fun day was held on Sunday 23 February. We selected the beautiful Yan Yean reservoir as the venue. Lovely shaded areas and the water nearby made it the perfect venue for a hot day.

Another fantastic turnout of members and their Basenjis!

The day was not too hot which enabled us to conduct some of our ‘running’ events were held – great for kids and Basenjis!

The Great Basenji Sausage Eating Relay was won by Team A (by half a sausage) who were behind at the half way point. However, one Basenji on Team B had impeccable table manners are chewed her sausage at least 10 times before moving onto the next nibble resulting in a lead loosing delay at sausage number 4. Quite a number of families who were out for a Sunday BBQ were entertained by the our games which the found very amusing. 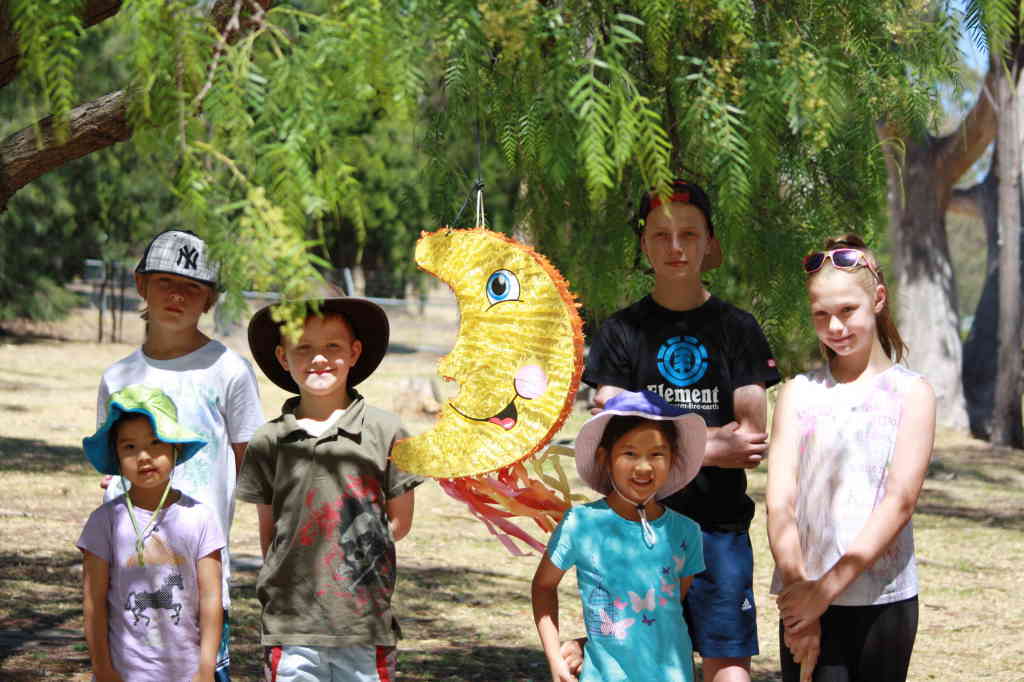 Later, the kids took turns to break the piñata. Which eventually broke to reveal its goodies – yum! There was also an opportunity for the kids to make pendants or doggie ‘tags’ using ‘Skulpey’ add some ‘bling’, the addition of a dog paw print or two (from ones own Basenji of course) and they looked fabulous.

There was a lot of chatting and relaxation and then the drawing of our major raffle for the year. The prize this year was a limited edition 1988 edition Laurelwood Basenji Plate. The plate was eventually won by Alex.

After eating as much as we could. It was time for a walk to work off some calories.