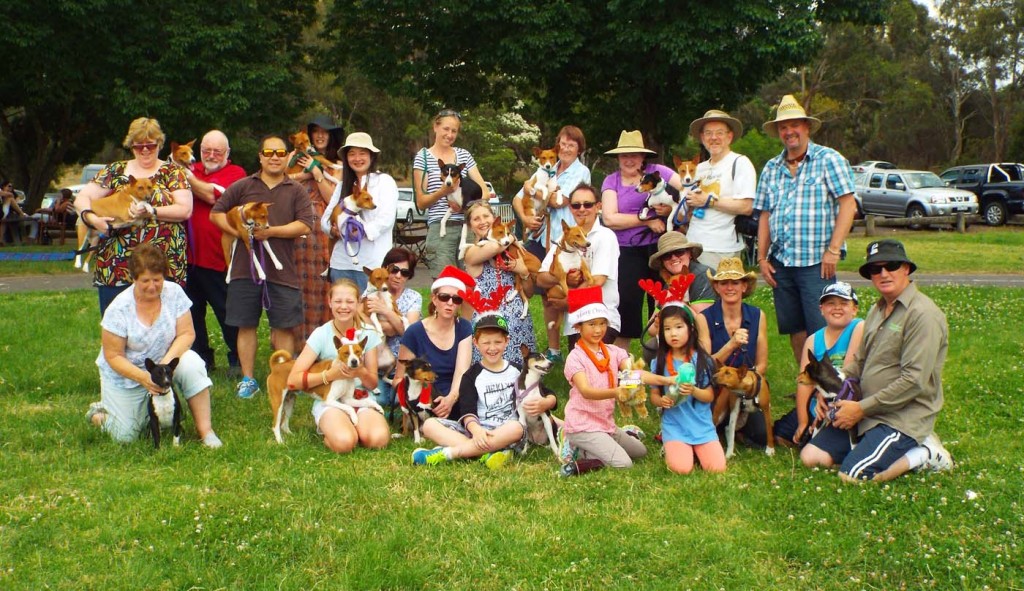 Our Christmas break-up held at Jells Park, 30 November was the second best attended event this year. The weather was very hot and we didn’t expect such a magnificent turn out. Almost 30 members and 19 Basenjis plus two non Basenji friends braved the summer heat.

It was fantastic to meet up with Greg, Paula, Tommy and Senji back from their extended holiday around Australia

Naturally we found the shade of large tree and small gazebo and our dogs were kept well watered and in the shade. Due to the heat we didn’t venture out for a walk.

We were entertained by Bev and Basenji ‘M’ who provided us with a demonstration into scenting work and what fun it is! Certainly, scenting is something that all owners can do with their Basenjis.

A grooming demonstration was also provided to show members, whose Basenji maybe loosing winter coat, some tools to assist with removing dead hair. A ‘Dremel’ was also on hand for any Basenjis needing their nails trimmed.

Santa received assistance from several helpers to distribute the Kris-Kringle gifts to the Basenjis present.

We took the opportunity to draw the November and December 25 Club winners.

Even though it was very warm I think everyone, including the Basenjis had a fun, relaxing day out.